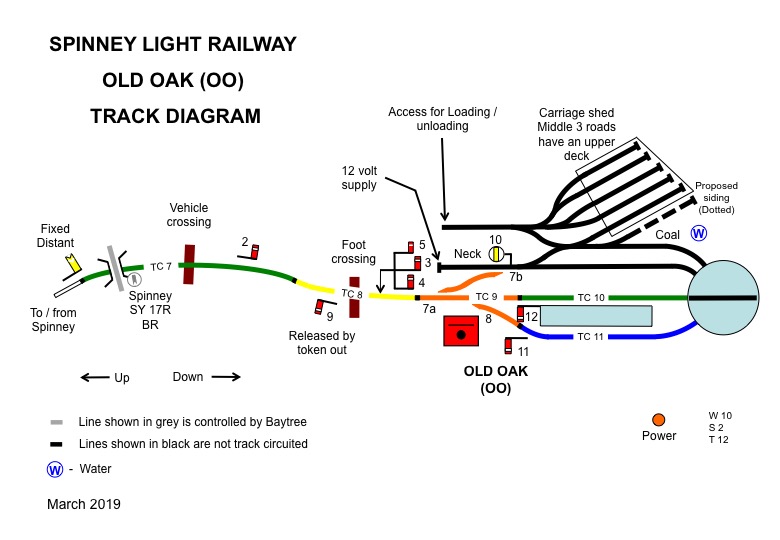 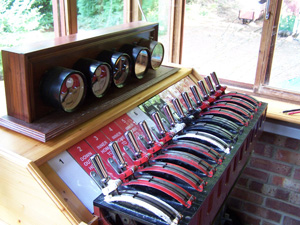 Old Oak is the terminus of the single line branch. It communicates only with Spinney box.

The lever frame is a ten lever section from the low numbers end of the former East Croydon signalbox although two of the levers are now spare.

These levers were recovered, following the transfer of the Croydon area control to Three Bridges signalling centre on the same day as the 31 lever L frame at South Croydon was recovered for use on the Great Cockcrow Railway. 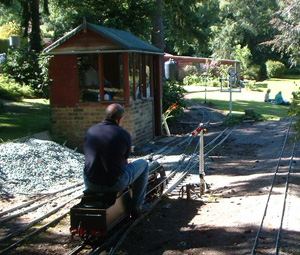 Due to the small size of the signalbox structure there was not room to provide the full depth to enable the original locking layout to be retained and the levers serve as a switch panel driving a relay interlocking which uses amongst other things some large point interlocking relays from the 1950s St.Pancras installation.

The signalbox diagram is like that at Bay Tree an LMS type white on black diagram.

The single line to Spinney is controlled by the No.12a key token instruments with a North Eastern Railway bell. 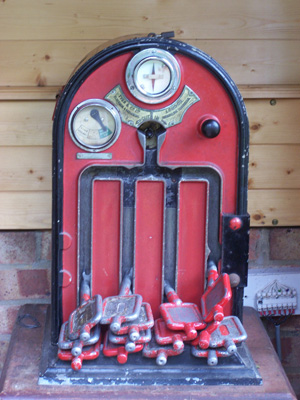 The image on the right shows a single line token instrument. Several tokens lie in the bottom slots. To remove a token the signaller moves it to the top position, if the signaller at Spinney is holding in his black button and no other tokens are out, the Old Oak signaller is able to rotate the token and extract it. The image shows the needle on the instrument at "Train Going", so it would be impossible to remove another token from either instrument.