Mixed Weather and the M3 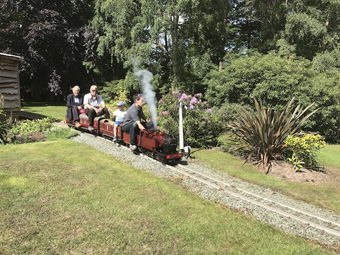 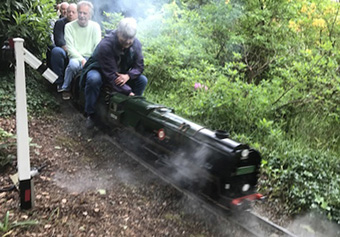 The spring had fairly typical weather but then the contrast! The early summer was wonderfully hot and sunny, as illustrated by Jamie's red tank loco approaching Old Oak in the left hand picture. However, from the end of July there were several wet days illustrated by the visible steam surrounding Clan Line as it runs past the Bay Tree triangle. No days were completely lost and a couple of BBQs were managed but throughout August September and October it was cool and showery.

The M3 had been under repair for two years with a 50mph speed limit from the M25 through most of Surrey. In 2017, to finish the project, the whole Surrey stretch of the M3 was closed for several week ends, creating traffic jams on the surrounding roads and making frustrating long journeys for most of the team. 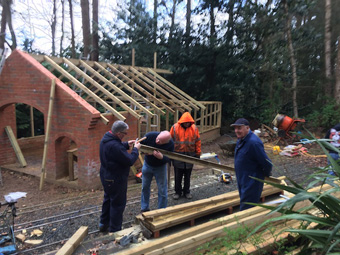 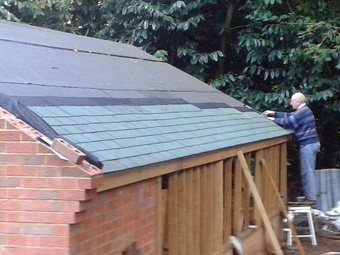 The two pictures illustrate the progress made during the summer. At the end of the winter the brickwork was finished and some skeleton woodwork was in place. By the end of the summer the wooden roof panels were in place and a significant area of roof tiles had been added. Progress was limited because only three of the team (the two Alans and Peter) had the required skills to do the work.

Not seen in the photographs is the internal middle floor in which light items of rolling stock will be stored. This construction was the work of Alan S.

Working on the roof was a perilous business and both Alans had 'incidents', either falling or being rescued whilst doing the work. Much remains to be done but we are progressing! 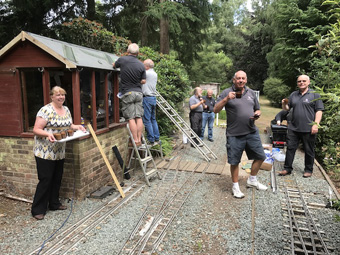 Old Oak signalbox roof was a Peter and
Alan A project and we see them here hard at work with others looking on and June bringing the tea.

Our signal boxes are really just garden sheds and their maintenance will be an ongoing task.


Locomotives new to the Railway in 2017 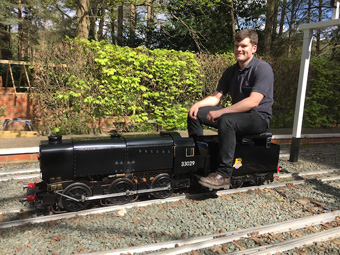 The Smith family have bought this distinctive Southern Railway Q class loco and brought it to the railway this year. (one of my railway books describes the class as of 'Repellant Aspect' but I will make do with 'Distinctive'.

As with any new loco there were teething troubles and for its first few visits it travelled little before being returned home for corrective work. However, latterly it has performed consistently with six appearances during the year. It is certainly a 'Distinctive' addition to the fleet! 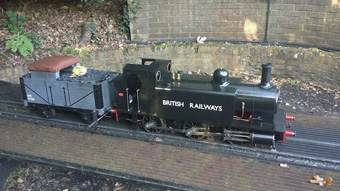 The other new loco was a model of a Caledonian dock shunter, brought to the railway by Dave M.
I knew these locomotives from my boyhood in Glasgow where they clung to life in the docks before the advent of containerisation.
Strangely, their nickname was 'Beetlecrushers', implying a large locomotive when in fact they were one of the smallest.


Visitors to the SLR 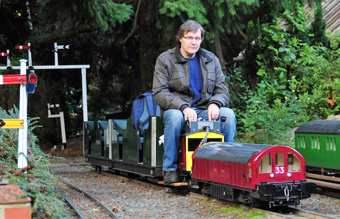 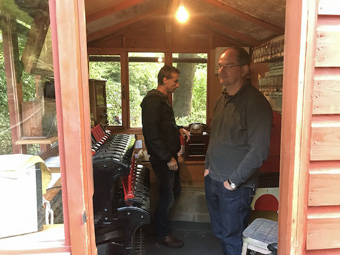 Perhaps the two most interesting visitors are pictured above, both with links to the London Underground. On the left is an unusual model of one of the underground's battery locomotives, with the low profile required for it to fit in tube tunnels, whilst on the right is a picture of Tim, now a university professor, seen re-living his previous job as an underground signaler running Spinney box with Adrian.

Below are pictures of the visit of folk from the Ingfield Railway. Their's is a 10¼ gauge line but they managed to find a T9 from Cockcrow to bring along as well as drive our Tim's L94. Later in the year Ingfield treated some of us to a drive of their larger locomotive at their railway.
Ingfield Link :- http://www.ingfieldlightrailway.co.uk/
Ingfield pictures below: 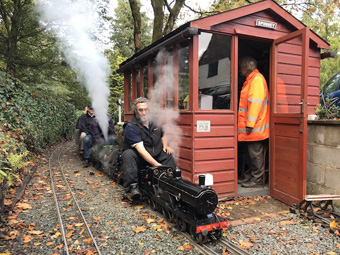 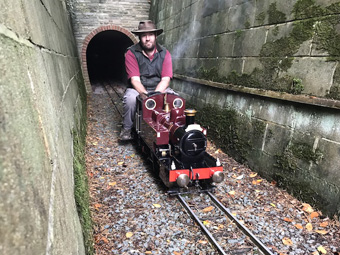 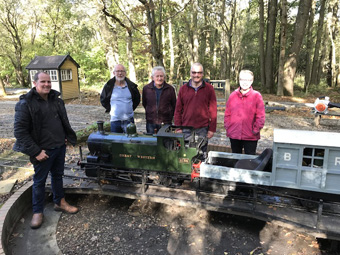 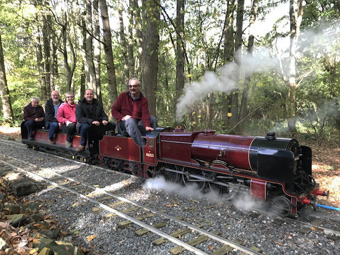 Some of our locos can be seen above, the rest of the regulars appear below - including Mick's Class 20 visiting the East Herts Railway. 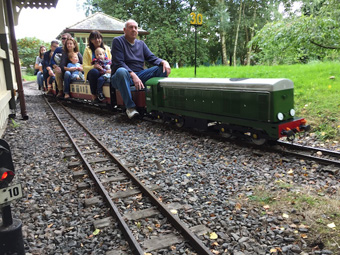 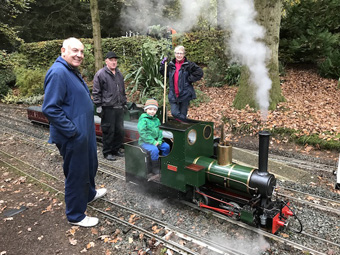 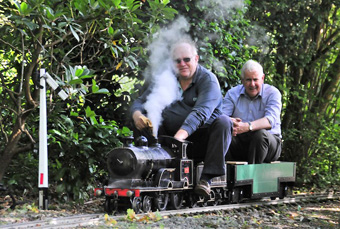 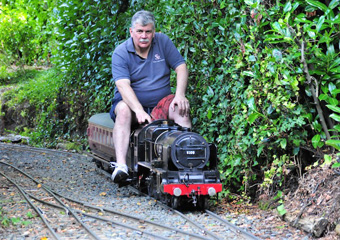 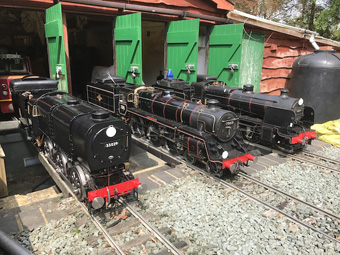 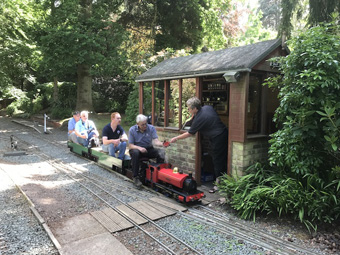 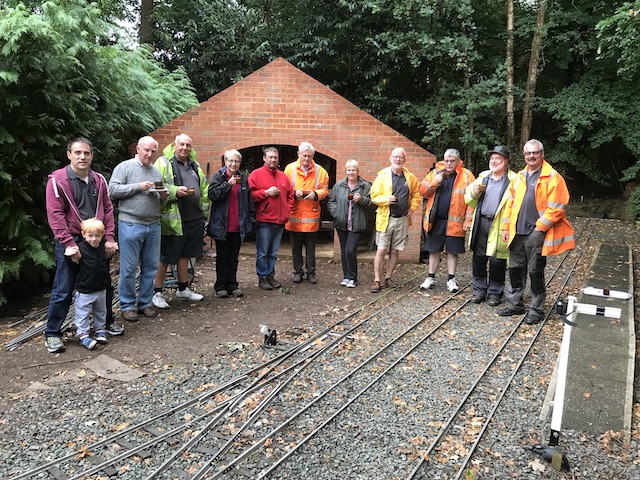 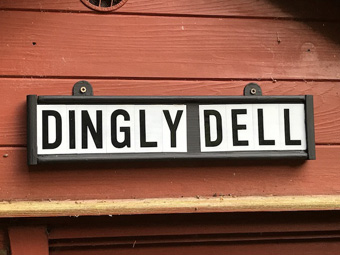 It's easy to forget that the railway is now coming up to 50 years old and that time will take its toll. Our signal box name plates are gradually getting past their best!

This new sign for Dingly was made by Peter and was a bit overdue.

Thank you Peter - Any more coming?


Ready for Hibernation in November 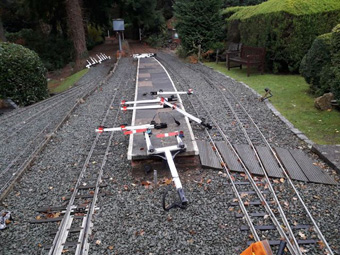 Thank you June for all the teas and thanks to Alan and June for putting up with us.